A former royal hunting ground, Vincennes was once home to a menagerie. Later, its bears, lions and tigers were transferred to Versailles. But now a bear is back, on the edge of what was long called Vincennes forest: Jacky Ribault has settled into the Îlot Fontenay complex.

Jacky Ribault has a true sense of sharing. This doubtless comes from his farming origins. Deeply attached to agricultural land, he promotes the expertise of small-scale producers and artisanal fishermen and is greatly sympathetic to their work. This outlook has been clear ever since he opened his first restaurant – Qui Plume la Lune – in the eleventh arrondissement of Paris in 2010, a restaurant that has been Michelin-starred since 2014. In both Paris and Vincennes, the chef, trained in Brittany, seeks to use produce originating from the Île-de-France region surrounding the French capital as much as he can. “I know this region well. For 26 years, I have lived in the Val-de-Marne department and loved its woods, château and Marne riverbanks.” Jacky Ribault has one aim: to please; one way to achieve this: enjoyment; and one method: to let the produce inspire him.

With no standard menu or predefined dishes, guests have to simply trust Jacky. This menu-free approach ensures that all the produce is completely fresh. Jacky improvises in line with the seasons, letting his childhood memories guide him, whether they echo the blackbird traps he would lay when poaching or the cabbage he would give to cows as feed. He reinterprets these recollections, transforms them, then melds them, pairing raw produce with fine flavours. A lounge and corner bar also welcome the customers, inviting them to make the most of the place. 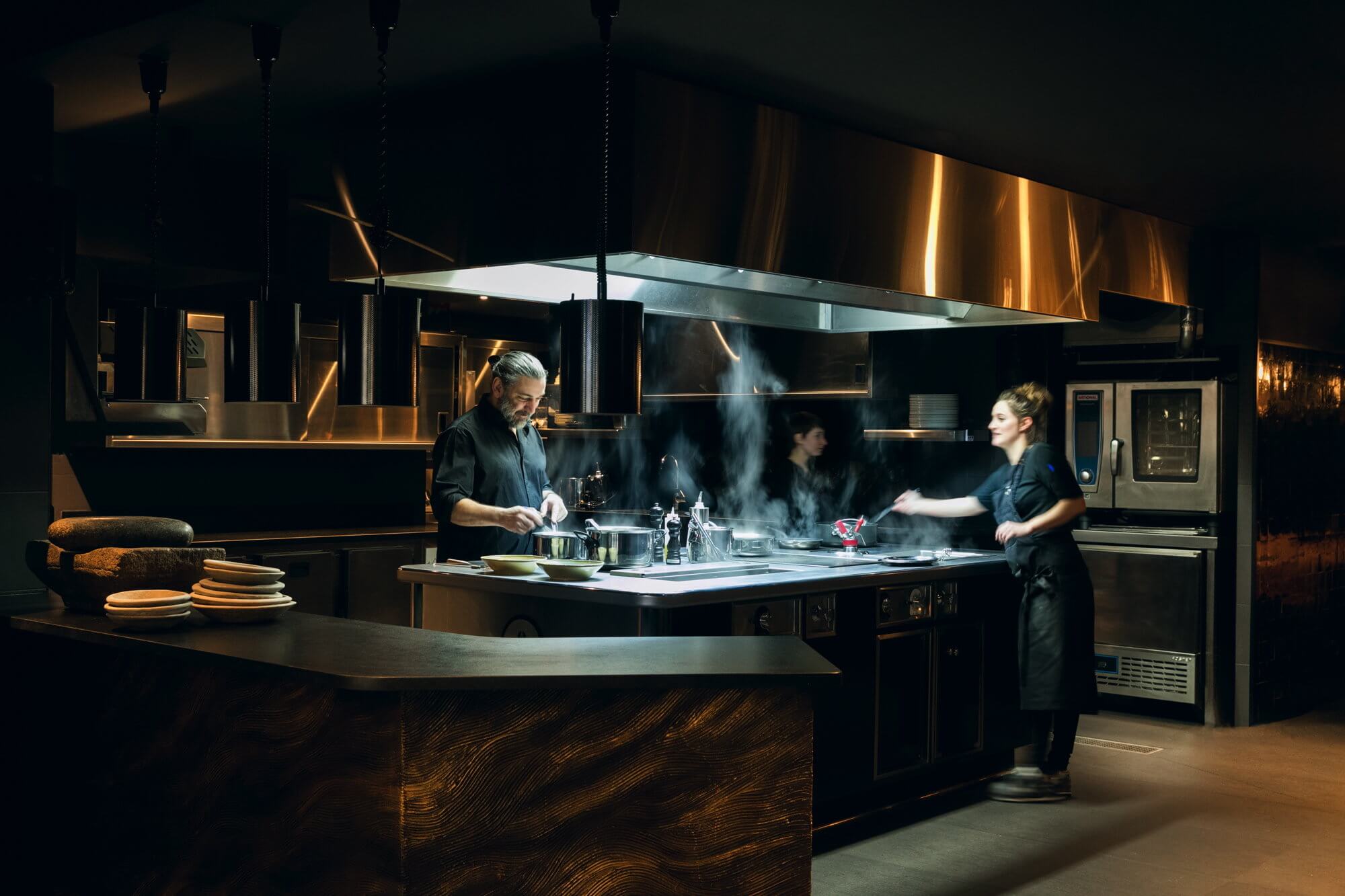 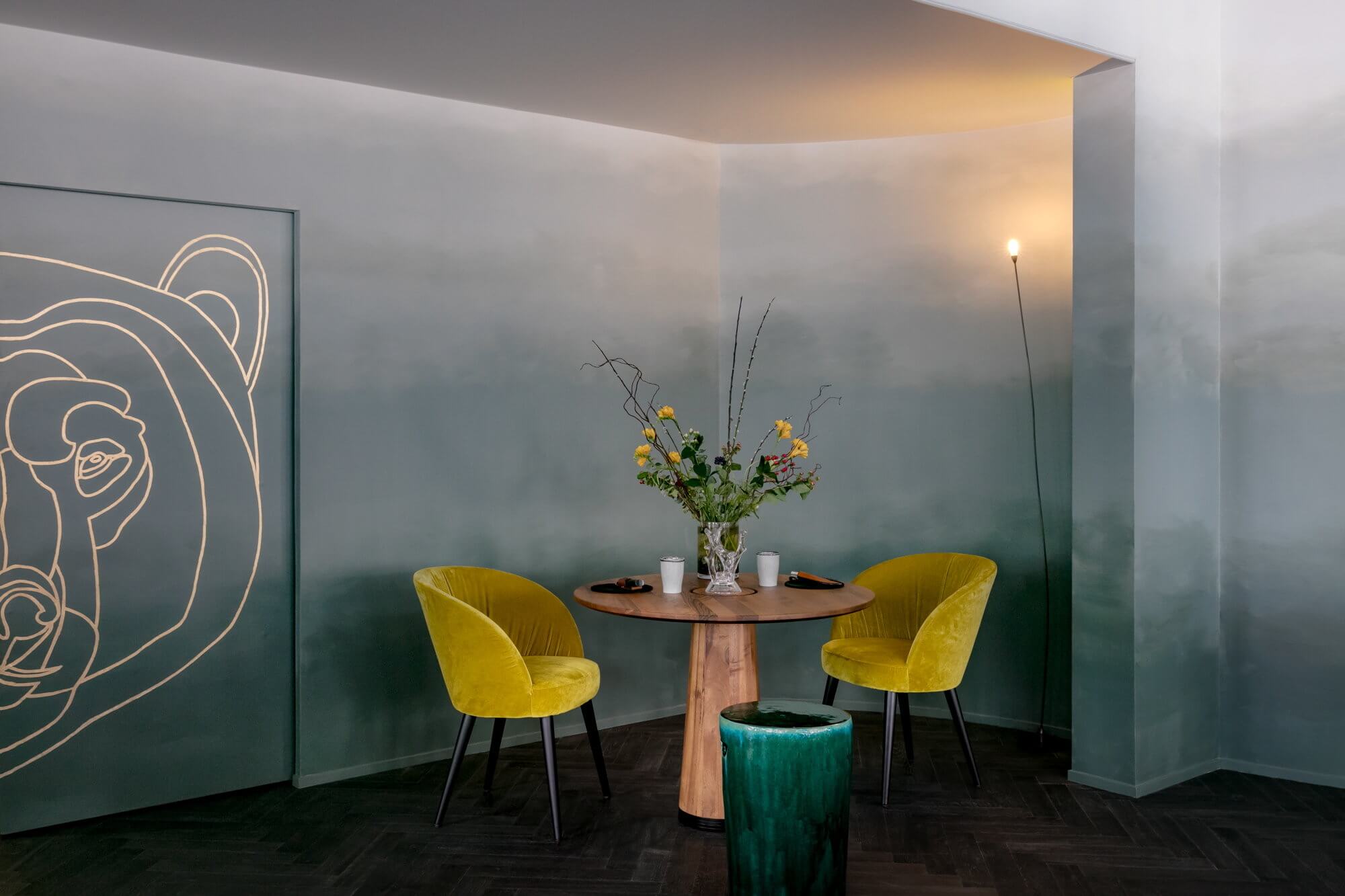 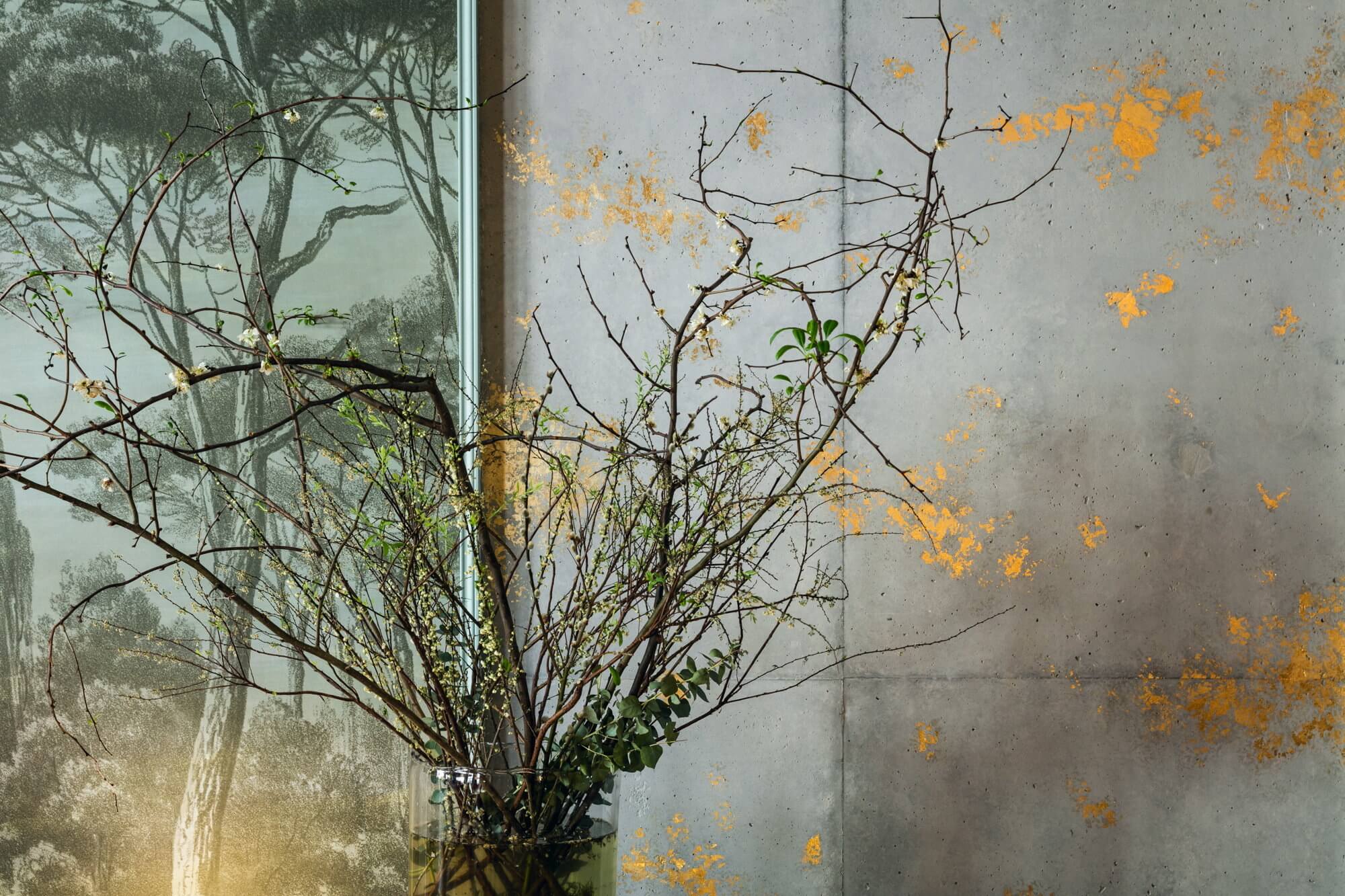 The restaurant, a den.

With his wife, Valérie Ribault, and architect Caroline Tissier, the chef has designed a place that reflects him well. A place where he is both approachable and hidden, where routines are like rites of passage, where nature is everywhere, where influences mingle, where raw materials (steel, concrete, copper and suchlike) are given pride of place, where light embellishes the interior, and where contrasts reveal much more.

A large, radiant sculpture dominates an open space. At the far end is the bear’s den, the master’s sanctuary: an open-plan kitchen with a table d’hôte surface for lucky ones. Here, Jacky Ribault reigns overs his new kingdom: a land of dreams.